Large farm house of 1888m2 for sale in Bocairente Valencia

Country house in the municipality of Bocairent, declared Natural Park of the Sierra Mariola.

The property has a construction from the middle of the 18th century distributed in three floors and has a built surface of 1.888m2,

Farmhouse at the foot of the Sierra de Mariola, Natural Park since 2002, in the municipality of Bocairent, considered one of the most beautiful villages in the province of Valencia, and whose medieval quarter was declared Historic-Artistic Heritage since 1975, .

THE FARMHOUSE
The farmhouse, whose original construction dates back to the middle of the 18th century, has 3 floors and a built surface area of 1,888 m2, of which approximately half is dedicated to housing, and the rest to warehouses, garages, wine cellars, farmyard, etc. There is also an artesian well of 10.5 metres made of stone.
The house is distributed as follows:
– Ground floor: Hall, library area and fireplace area.
– First floor: Living room with fireplace, dining room, office, bedrooms (many of them with fireplace and/or washbasin), bathrooms, kitchen, laundry and terrace.
– Second floor: Bedrooms.

THE LAND
It has 57.900 m2 of land, differentiated, according to its use, as follows:
– 27,900 m2 of pine forest for timber.
– 30.000 m2 dedicated to the cultivation of olive trees, in which there is also the garden area and an irrigation pond reconditioned as a swimming pool, as well as its own water spring.

A visit to the old town of Bocairent, declared a historic-artistic site, is a must, this is certainly an opportunity for a specific type of client who wants a large property in a peaceful setting with all urban amenities close by, including restaurants, public transport, shops and culture. The area is one of the most beautiful in the province of Valencia and offers a very affordable way of life. 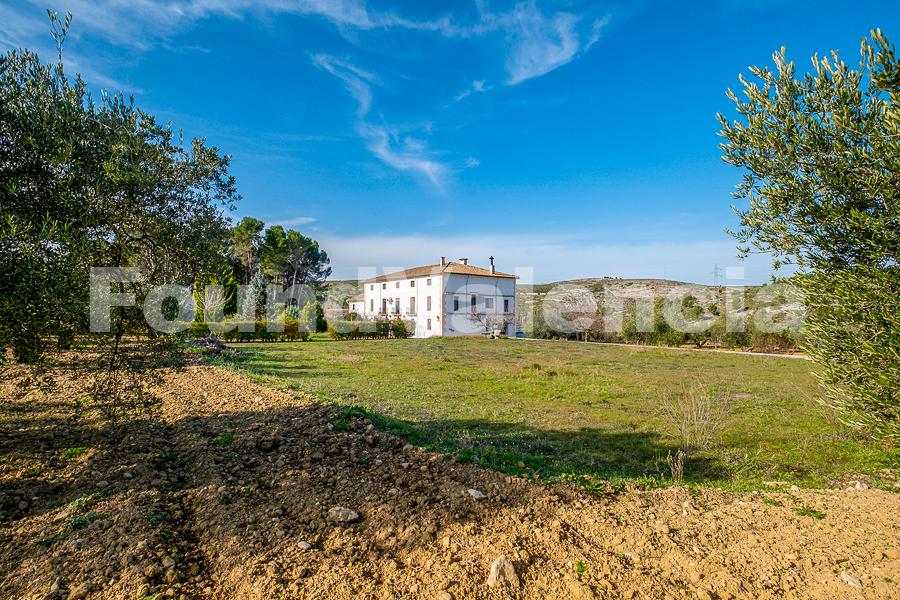 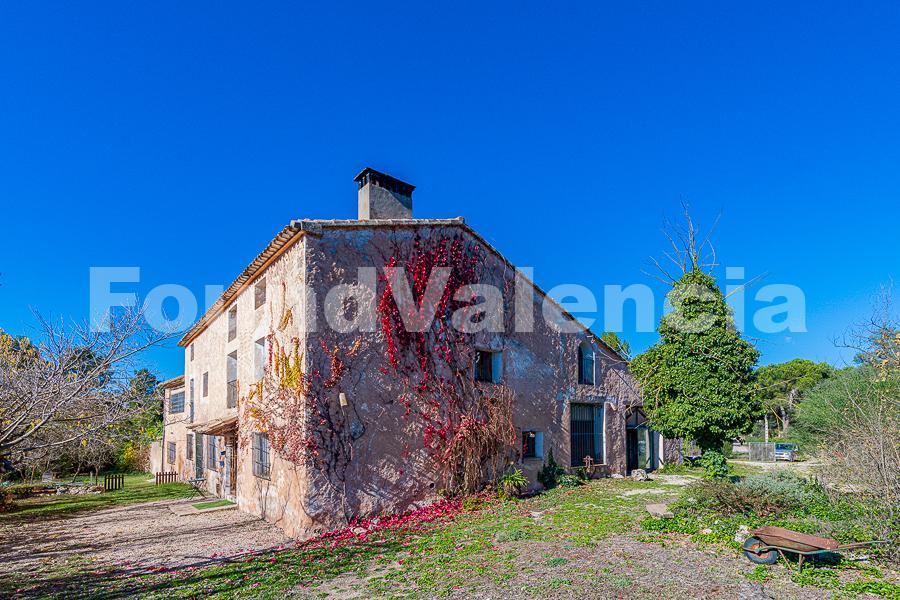 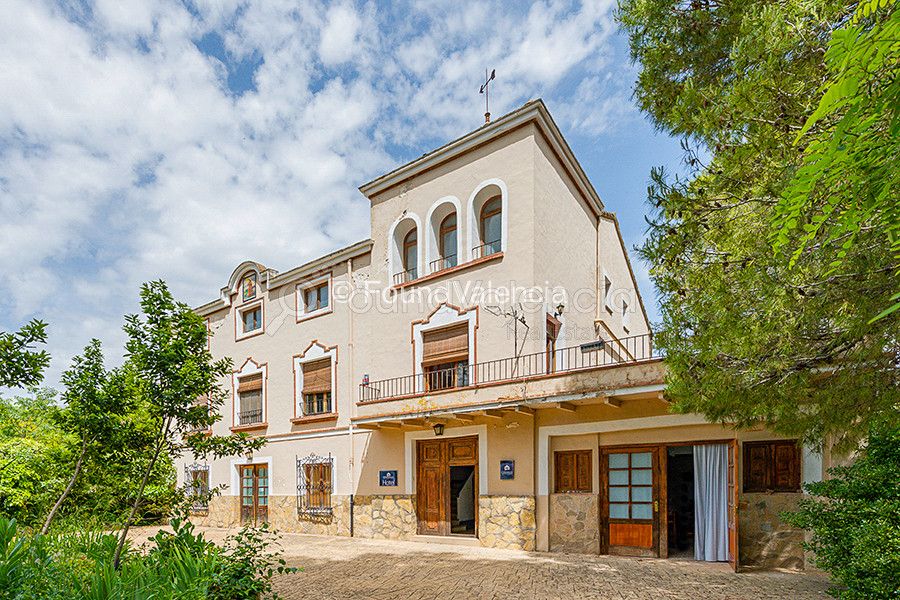 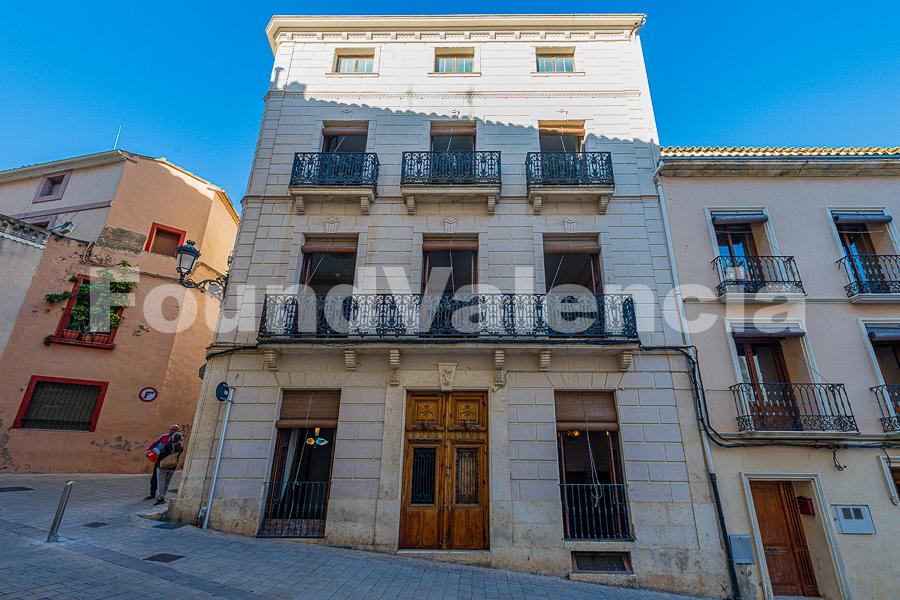